Masterlink Art Consulting
Bridging the gap between artists and collectors 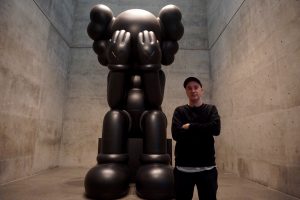 Brian Donnelly (born 1974), professionally known as KAWS, is a New York-based artist and designer of limited-edition toys and clothing. He currently lives and works in Brooklyn, New York.

KAWS was born Brian Donnelly in Jersey City, New Jersey. He graduated from the School of Visual Arts in New York with a Bachelor of Fine Arts in illustration in 1996. After graduation, KAWS briefly worked for Disney as a freelance animator painting backgrounds. He contributed to the animated series 101 Dalmatians, Daria and Doug.

He began his career as a graffiti artist growing up in Jersey City. After moving to New York City in the 1990s, KAWS started subverting imagery on billboards, bus shelters and phone booth advertisements. These reworked ads were at first left alone, lasting for up to several months, but as KAWS’ popularity skyrocketed, the ads became increasingly sought after.

He went on to create the brand Original Fake, which skyrocketed his popularity with a line of vinyl toys; propelling him into the highly popular position he currently holds in the art market. 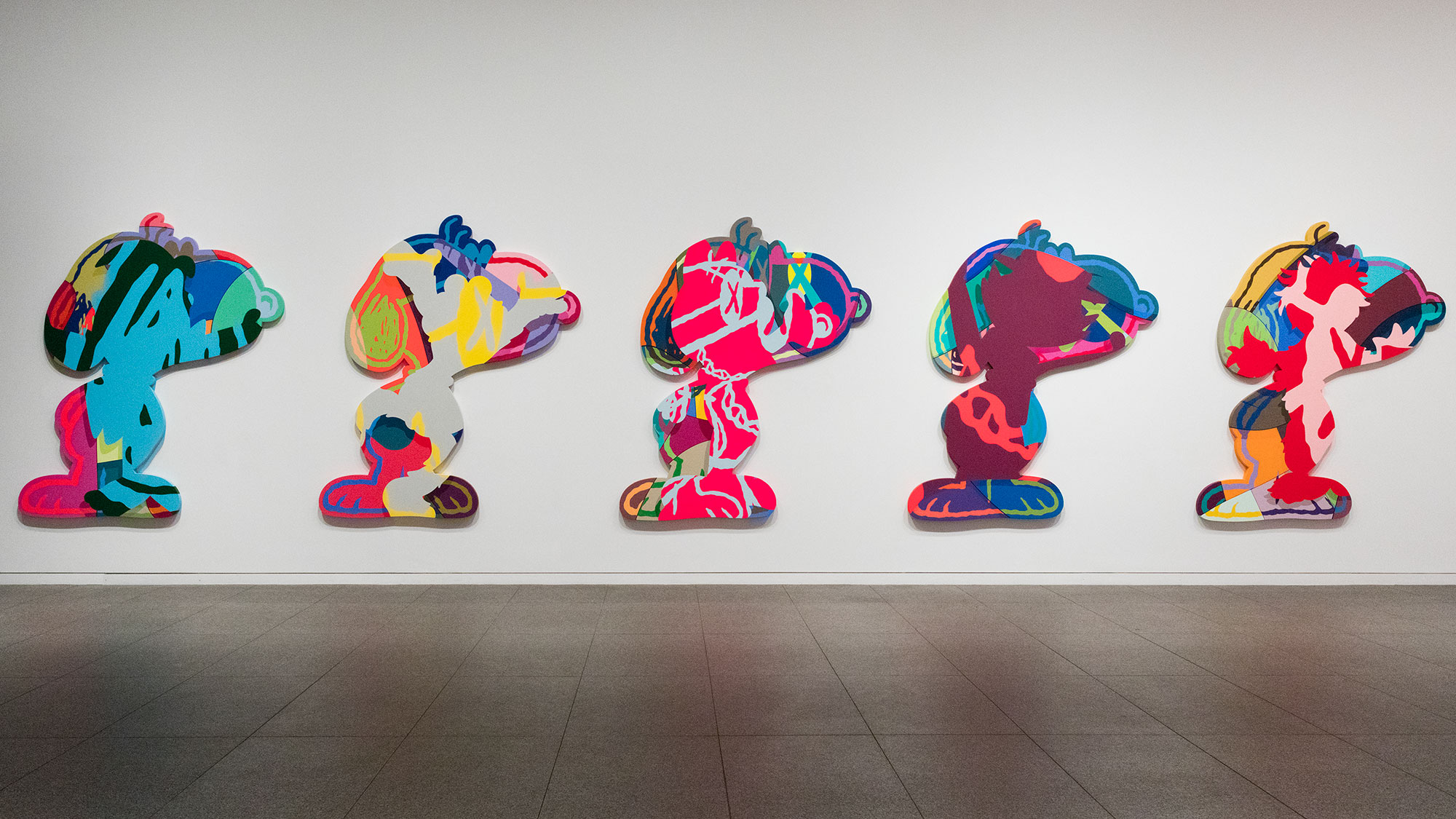 Where the End Starts – Fort Worth, Texas

This was a major survey exhibition for the likes of Kaws and the Museum itself, curator Andrea Karnes worked closely with the artist to bring the public a stunning display of Kaws work. 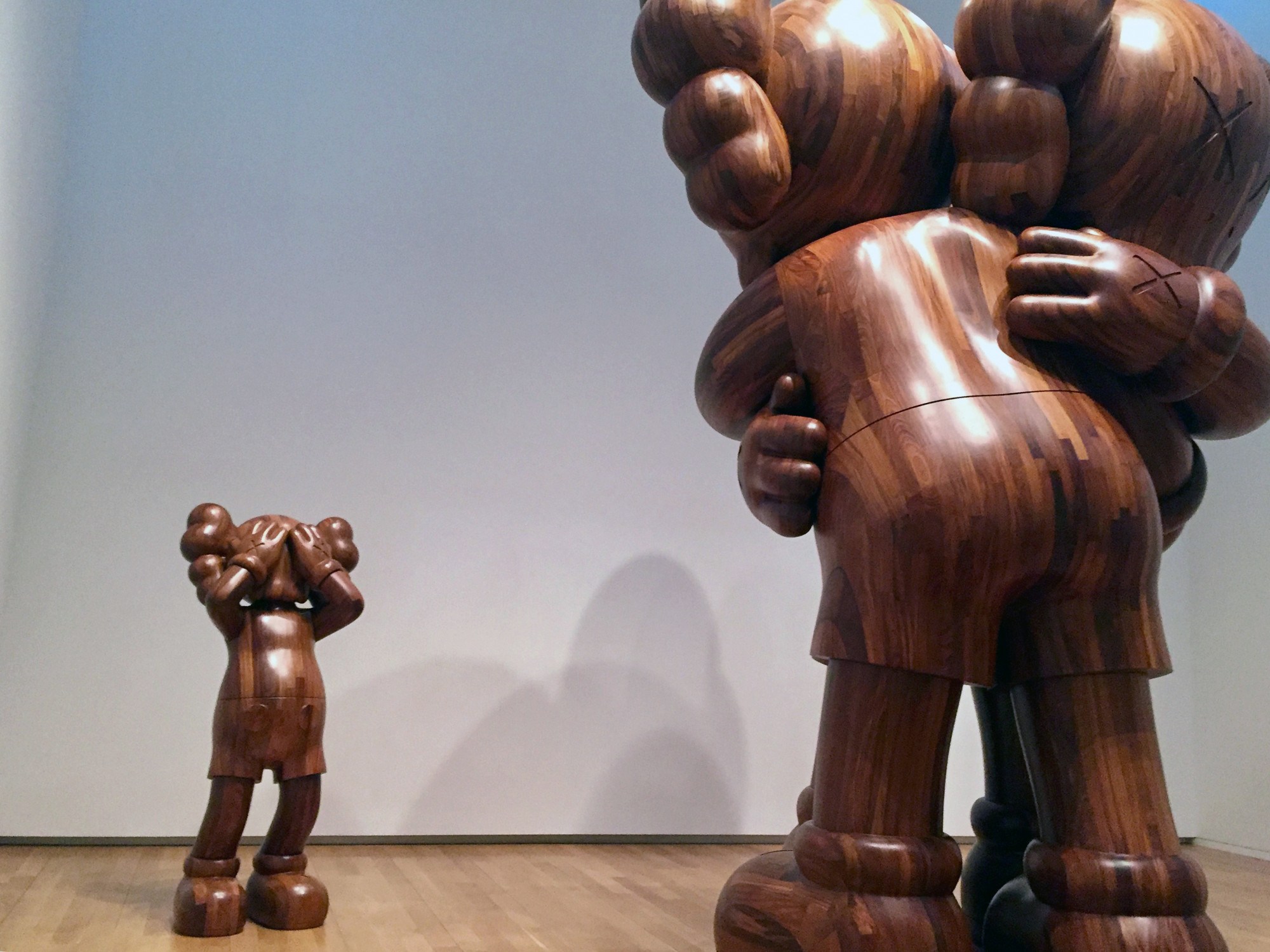 This show felt as if the intent was to show a timeline of Brian’s work from inception to present day. With the likes of his earliest well-known pieces, the bus stop adds which he would repurpose with his own characters, to his most recent large-scale wooden Companion pieces; it gave enthusiasts of his art a beautiful summary thus far in his career. 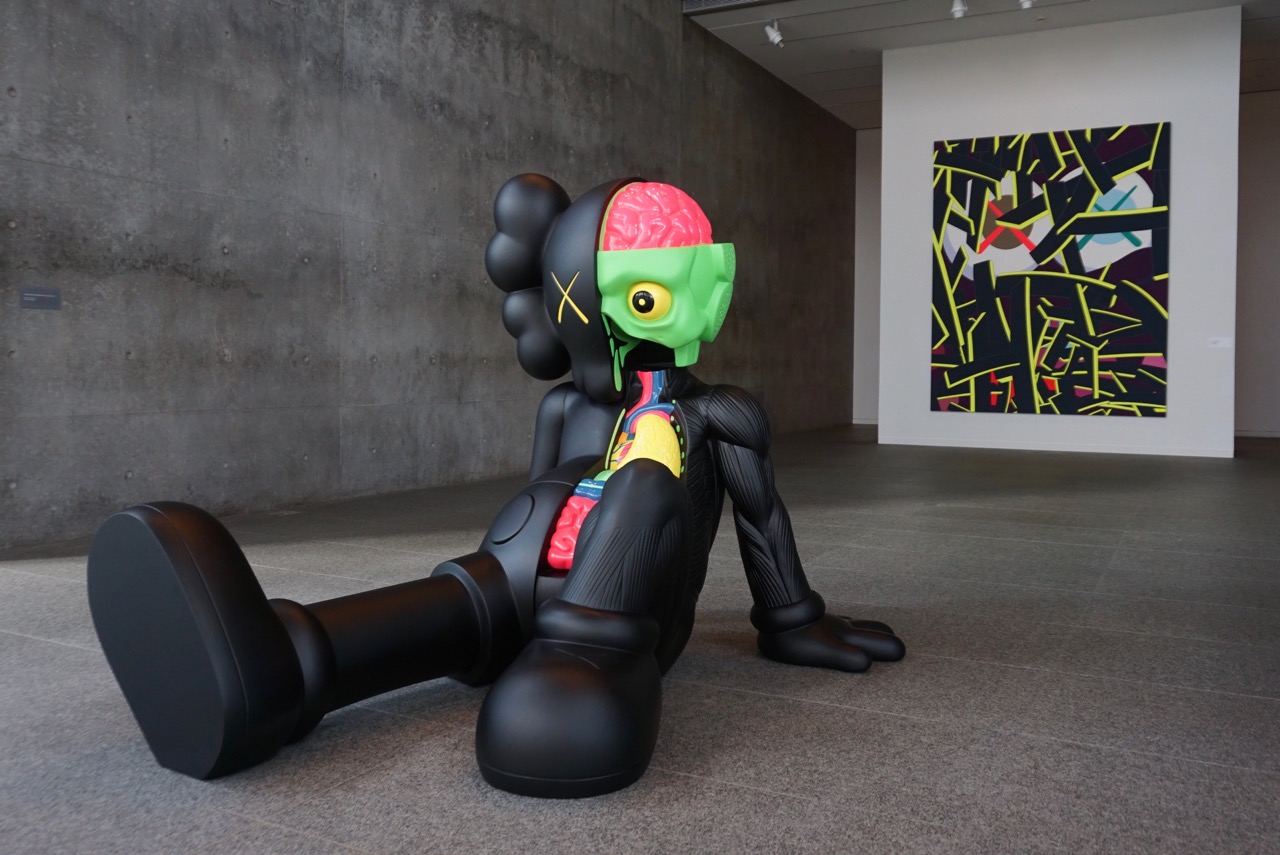 It was incredible to see the sheer variety of styles / mediums / different scale of pieces that were exhibited, all unified by his brilliant use of color and incredibly amusing subject matter. Any 80s / 90s babies that got a chance to view this exhibit definitely felt nostalgia to days of watching cartoons from the Simpsons to Spongebob, going all the way back to Fat Albert. The work invokes very playful and larger than life emotions, with the size and vibrancy of the pieces sometimes giving you an overwhelming feeling of joy. 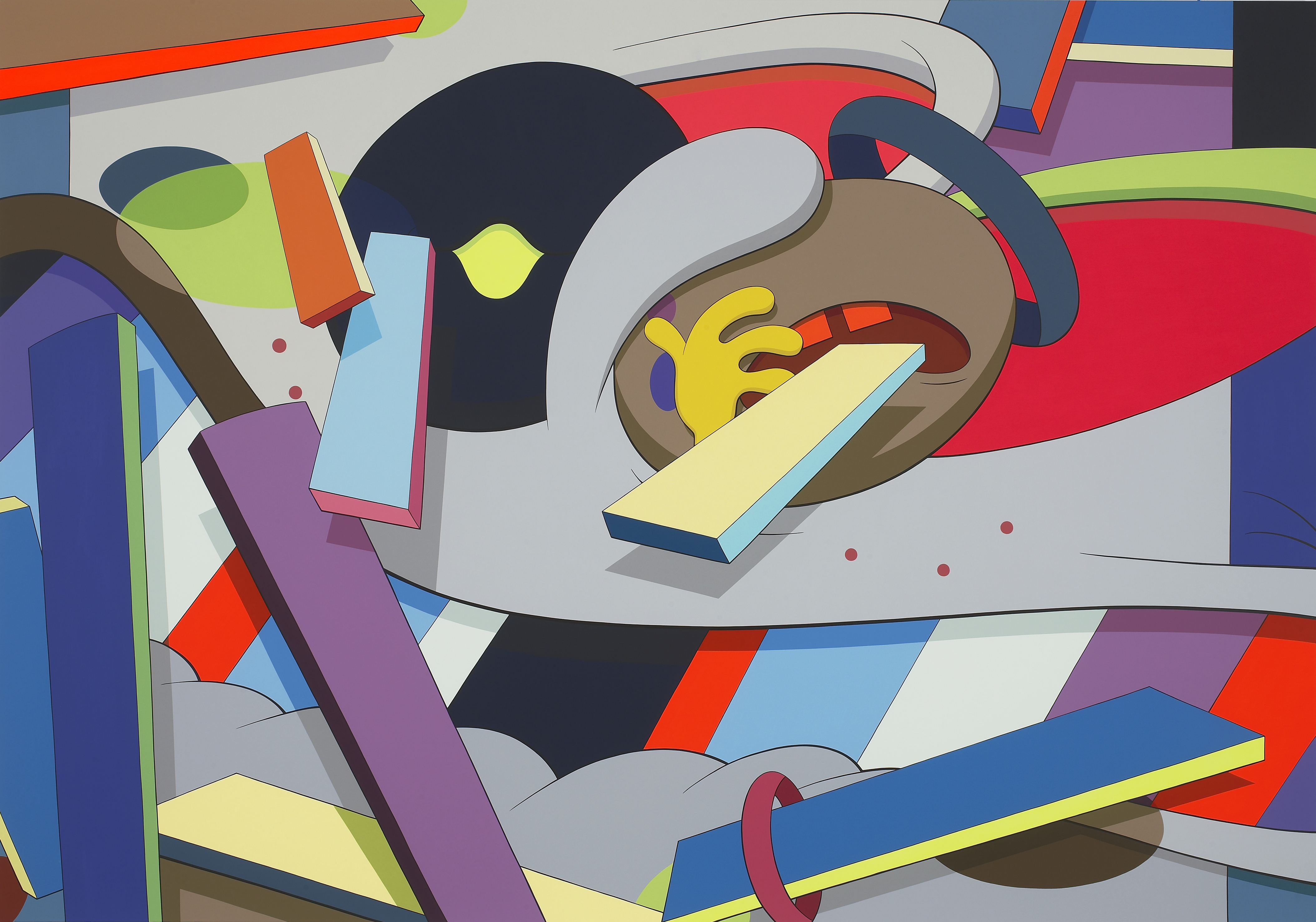 Whether a veteran Kaws enthusiast or one of the many new faces to his work, this exhibition definitely established Kaws as one of the greatest artists of his genre of our time; cementing him and the Companion into a generations minds. 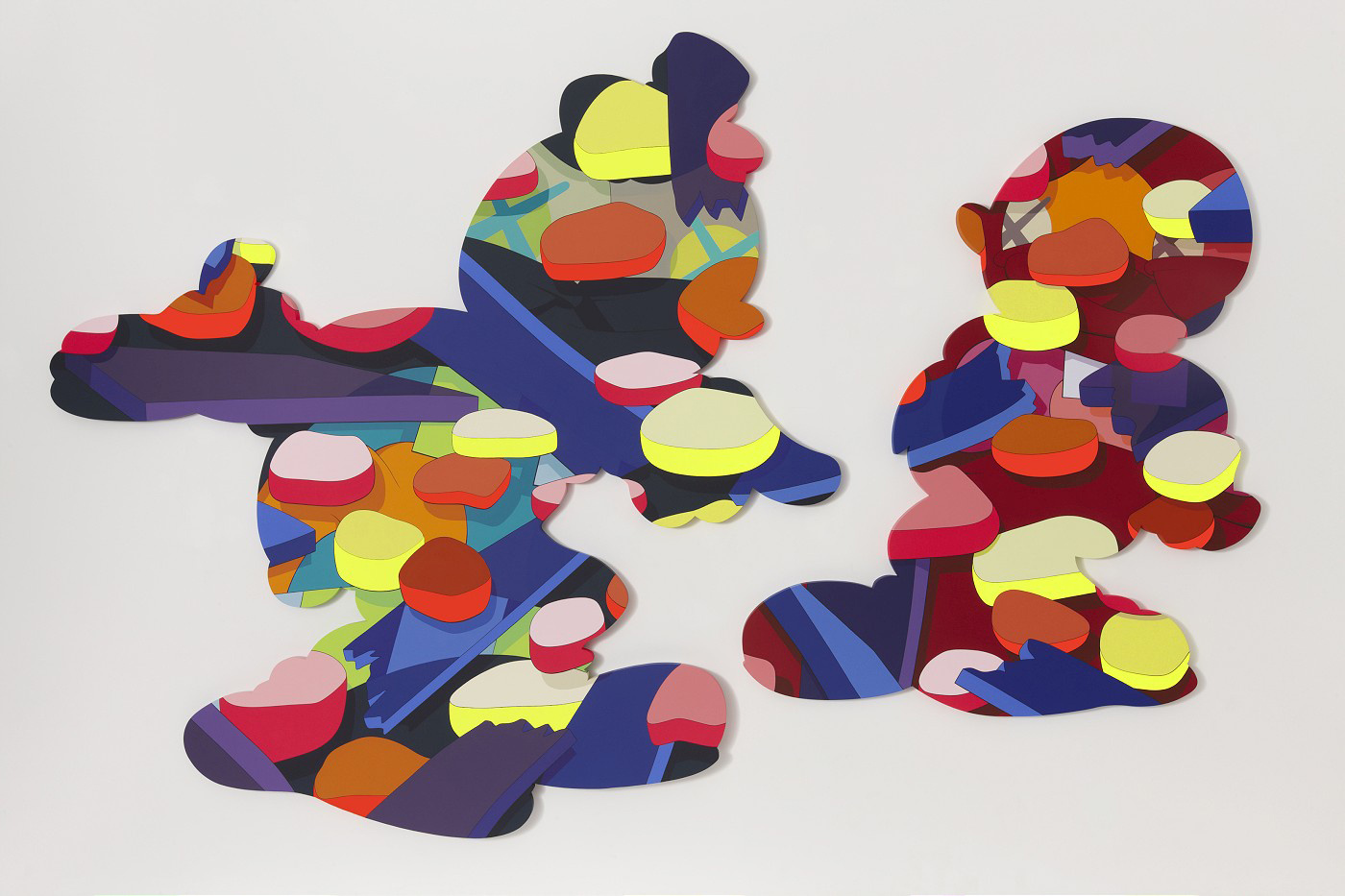 Pieces were assembled from some of the most incredible Kaws collections in the world, with private and public collections sharing their beautiful art with the world.

Keep an eye out for future exhibitions and works by Kaws, he shows no signs of slowing down!

PREVIOUSAGE 2016 - Mixed Results is an Understatement
BACK TO EDITORIALS